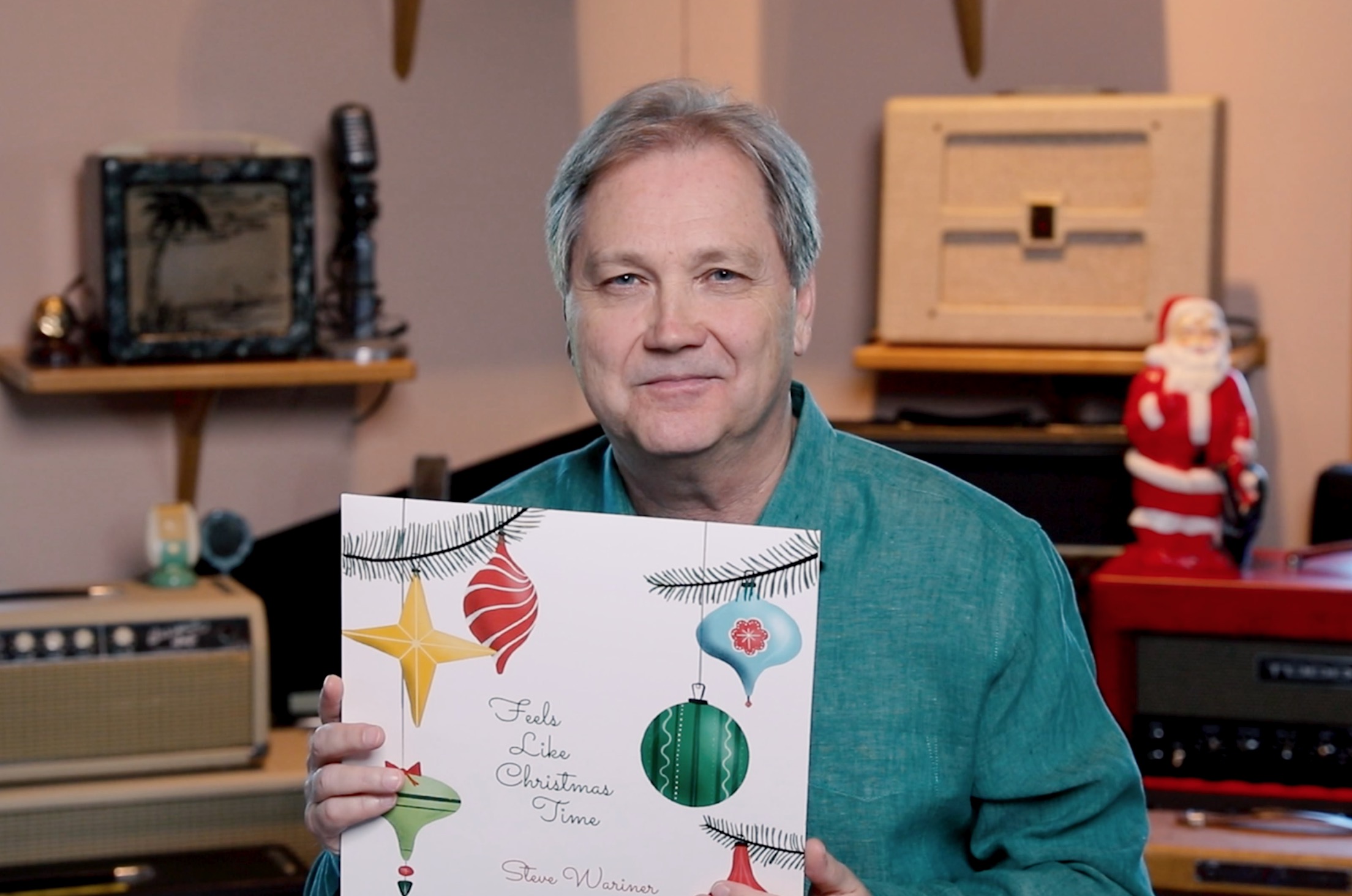 Christmas songs hold a special place in Wariner’s heart as his birthday falls on Christmas Day. His full name is Steven Noel Wariner.

“I thought it was time to do another one,” he said.

Written with Bill Anderson, there is one country-sounding song on the new record, “Christmas in Your Arms” but other than that the album has a more mainstream, traditional feel. (Both Alabama and Ruben Studdard have cut very different versions of this song.)

“Every year I am writing new Christmas songs. I usually come up with a couple each year,” he said. “I wanted to make a record that was something you could put on while you were trimming the tree or wrapping gifts that gives you that family, Christmassy feeling to get you in that mood.”

He continued, “This [Christmas] album is more understated than overstated.”

Even though Wariner is a famed guitarist, several of the melodious piano arrangements are reminiscent of a Barry Manilow Christmas album. The original songs, “On Christmas Morning” and the wistful “It Won’t be Christmas,” both have beautiful piano intros.

Expounding on the song, “It Won’t Be Christmas,” Wariner advises that he wrote that song several years ago with the renowned producer/songwriter, Jim “Moose” Brown. 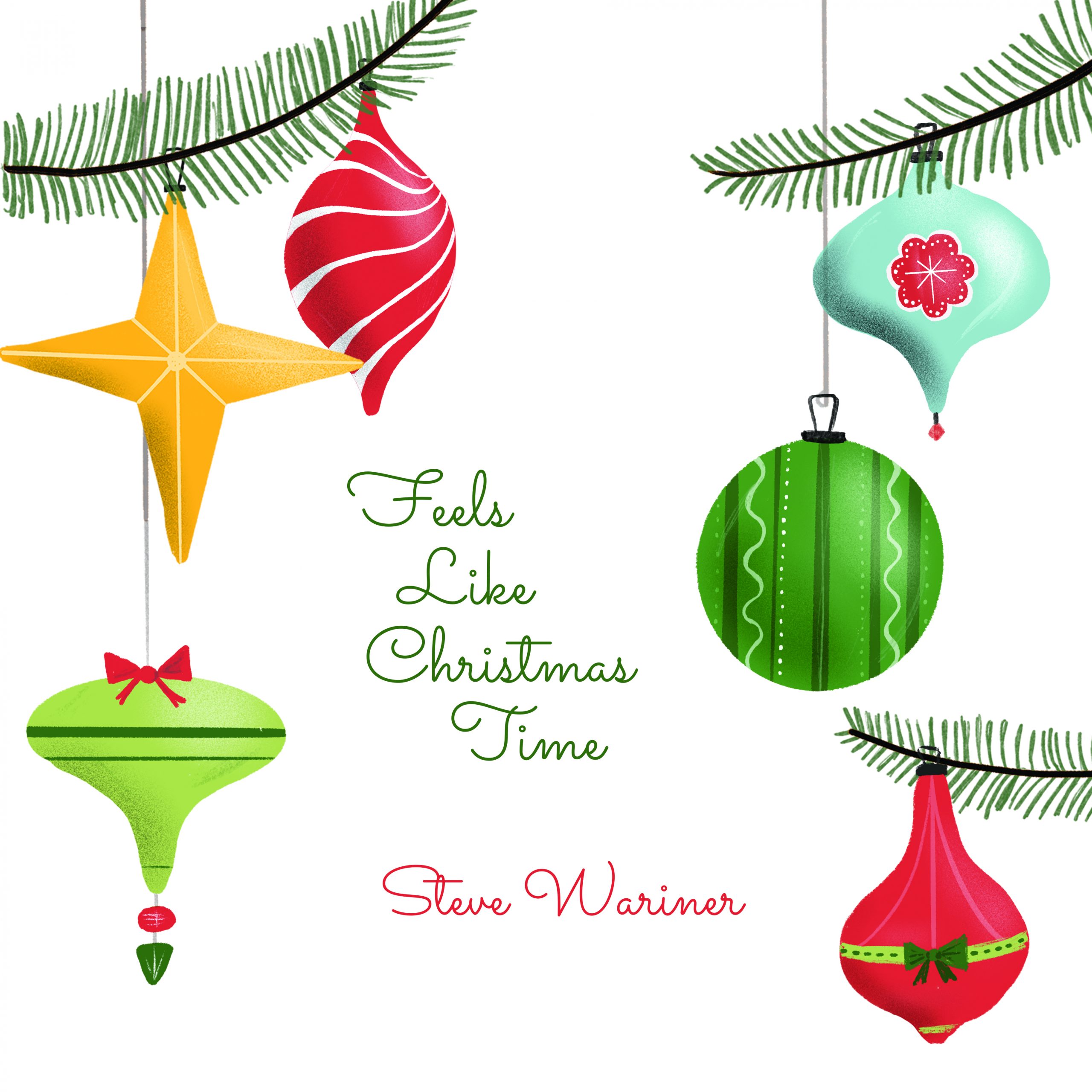 “It’s a really sad lyric, but it’s really true. If you don’t have the one you love with you at Christmas, it’s not going to be a good Christmas. It’s real and I love the song, ‘It Won’t Be Christmas,’” Wariner said.

Taken from his 1994 record, Wariner’s self-penned song, “Our Savior is Born” is one the most spiritual songs on the album. On this new version, he plays mandolin and upright bass while Jimmy Mattingly lovingly plays the fiddle/violin.

He explained, “This song is special to me. I love this song and always have. To me, it’s the real reason for Christmas.”

“One year near Christmastime, we had this big snowfall, the biggest of the whole year. We were locked in for a couple of days. My son was here from New York,” the singer said. “I grabbed a guitar and started messing around and carving out a tune as I was looking out the window at all that snow. I thought, ‘Shoot,’ that needs to be on my album.’ It’s a classical piece almost but it’s played on a steel-string [guitar].”

He attests that he did use his signature Gretsch Guitar a lot on this album.

“I love that guitar and it was perfect for this record,” Wariner said.

Yet, on his arrangement of “The First Noel,” Wariner uses the resonator guitar that Chet Atkins gifted him years ago. “It’s a Brazilian-made guitar with a real unique sound,” he confirms.

As a writer/publisher if you can land on a Christmas song that turns into a Christmas standard, you will be set for life.

The title track for “Feels Like Christmas Time” has the potential to become that.

With lyrics I just can’t wait til Christmas morn / I love to hear the wrapping paper torn / And see the thrill in my children’s eyes / Sure feels like Christmas time… once you get the album, the song will be on replay throughout the holiday season.

One of the most interesting songs on the album is an instrumental medley of “Away in a Manger/O Little Town of Bethlehem/We Wish You a Merry Christmas.” Although it may seem like an odd collaboration of songs, with Wariner’s unique arrangements, the songs work perfectly together. You understand fully why the musician has won so many awards after hearing masterful guitar-inspired melodies.

Wariner is a multi-instrumentalist who played nearly every instrument on this record except the keyboards, flute, and fiddle. “I wouldn’t normally play this much (on an album) if it wasn’t COVID time and I could bring players together. I always want to record with me in the middle of a band. But you do what you’ve got to do. This is kind of my COVID Christmas album.” he confesses.

Wariner came to Nashville as a teenager and was an instrumentalist for Dottie West. He was mentored by Chet Atkins and his talent is revered by producers and musicians alike.

Being a Christmas baby, the joy that Steven Noel Wariner feels during the advent season is evident in his newest album Feels Like Christmas Time making it one of the best holiday albums I’ve heard in a long time. I’ve ordered it already and will be playing it on repeat this Christmas season.

You can order a white vinyl Feels Like Christmas Time LP at SteveWariner.com.