NASHVILLE, Tennessee – Wade Bowen grew up in Waco, Texas with three sisters who always had music on and took him to concerts. Growing up, Bowen played sports and knew he always wanted to do music but didn’t know how to go about doing it.

His mother loved Elvis, the Eagles, and Creedence Clearwater Revival, while his father spun Texan giants like Willie Nelson, Waylon Jennings, and Kris Kristofferson. His first concert was a peak-theatrics Alabama show, but even then, it was the lyrics that spoke the loudest. He began writing poems and short stories as a boy, and at age 17, Bowen taught himself to play guitar so he could put his prose to music.

“I was a late bloomer to it all, but I always had it in the back of my mind that I would figure out how to play music somehow,” he recalled.

Though his dad always thought he would become an electrician like he was, the singer/songwriter did go to college at Texas Tech where he got a degree in Public Relations and a minor in Marketing.

All the while as he attended college Bowen and his band would play the local venues and honky tonks.

“We started at a place called the Blue Light in Lubbock and began building from there. When I graduated, I thought that I would eventually have to move to Nashville and wait tables and wait my turn, but we got so busy playing shows that we just stayed [in Texas],” he said.

Since that time, Bowen has consistently played 130-150 shows per year. He confirmed that he is not a Texas artist, but an artist from Texas.

What that means is that he feels like his music has something for everyone. “We play Europe and all over the country. I want people to know that I am from Texas and write about Texas but my music is universal.”

Songs like the fan-favorite “West Texas Rain” and the newer “The Last Town in Texas” are not only for those who are natives but for those who have visited or dreamed of going to the Lone Star state as well.

Bowen’s songwriting comes from within “I’ve written about where I am from to my wife’s post-partum depression. I’ve written everything. I’m pretty much an open book. If you go back through my catalog, I’ve been a very open diary-style songwriter,” he disclosed.

No song is more personal than his biggest hit, “Who I Am.” With lyrics like  And I love to watch you laugh and smile, I love to watch you dream/ Love it when you take my hand, let me know you believe in me/And I love it that you’re my girl, I love that I’m your man/ Now that you’re in my life, baby, I know exactly who I am, it will be hard for the artist to top this anthem that continues to garner millions and millions of streams. 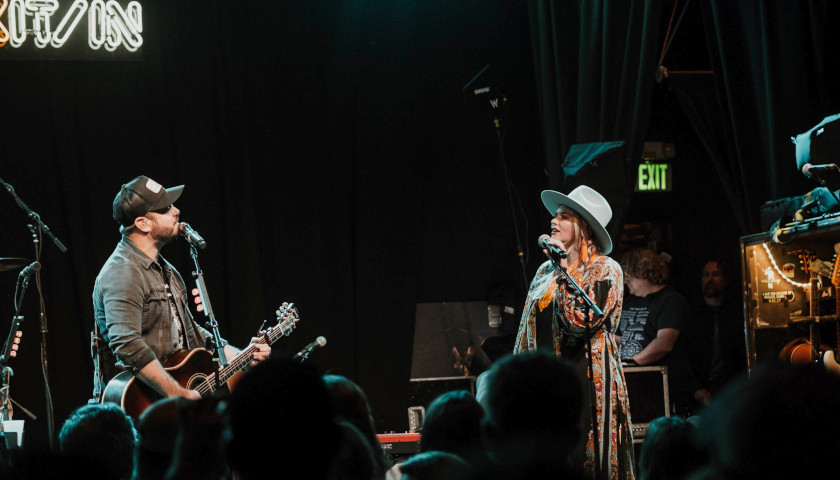 He explained “It was one of the first songs I ever wrote and people still use it at their weddings or when they get engaged. It has (and continues) to make such an impact on people’s lives.”

Bowen also shares regret and heartache with the unequivocally country tune “Til It Does.” Written with Chris Stapleton and sung with his best pal, Randy Rogers, this crying in your beer song is “stupid good” as one fan avowed. The traditional purists (myself included) rejoice at the authentic vibe that Bowen and Rogers continue to bring to the modern country music scene.

While Rogers and Bowen both have successful solo careers, what they bring when they perform together is nothing short of pure country gold.

Their mega-hit “Hold My Beer” along with their “Watch This” movement has now become a series of YouTube videos that could easily become a television show. It has also inspired Volumes 1 and 2 of Hold My Beer which is comprised of traditional/fun/sometimes comedic country tunes including “Hanging Out in Bars,” and “Rodeo Clown.”

When the duo play/tour together, “It’s all about country music and having fun, beer-drinking, and dancing. It’s a really cool side project off of what we do on our own. It’s like a vacation. We have a blast,” Bowen explained.

Another project that the Texan recorded at the request of his dad was a gospel album, Then Sings My Soul comprised of his mother’s favorite gospel songs. His dad and sisters help pay for him to go into the studio and make this record for their mom and they gave it to her as a gift at Christmas. She cried and she begged for him to release it to the public.

He expounded, “It’s been overwhelming how much response we’ve gotten from that gospel record. We didn’t even really promote it, but I get phone calls and text messages and emails and social messages from people who have listened to it and how it affected them.” 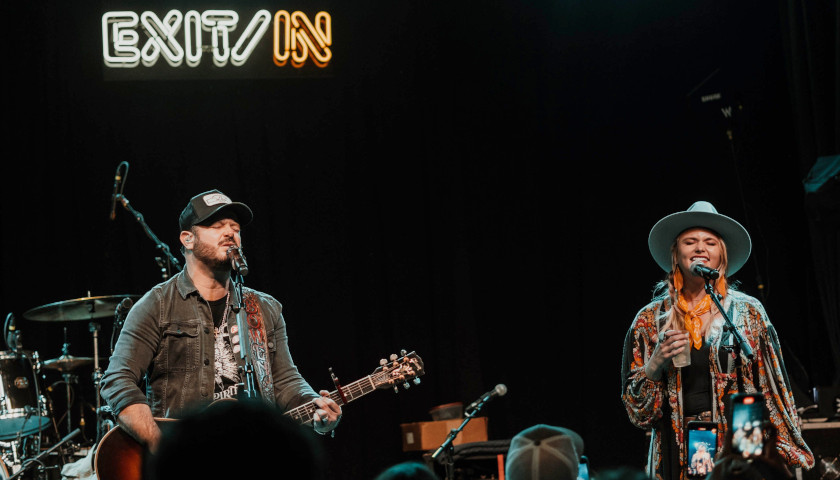 Bowen’s latest EP, Where Phones Don’t Work, may be the most personal of all. As he shows the softer side of his county music, he gets intimate with his fans with songs like “When Love Comes Around,” “Where We Call Home” and “Be You.” In the title track, “Phones Don’t Work.” the crooner confesses sometimes he is at a place where he wishes his phone didn’t work. “I love the thought of just clocking out. You want those days every now and then,” he admits.

When Bowen writes music, he writes from the standpoint of how he will be able to play the song live not whether or not the song goes to radio. While they are thrilled for any radio airplay, he states, “The majority of my focus when I write a song and go and record it in the studio is ‘How can I interpret this live?’ It’s my band and what we do.”

Bowen plays the majority of his shows in Texas but regularly makes it to the West and East Coasts as well. On March 23, 2022, he played to a sold-out show at Nashville’s famed Exit In. He was joined by Rhett Akins and Lee Roy Parnell. Plus, in true Nashville style, he surprised guests with special performances from Charlie Worsham who sang “Saturday Night” and Miranda Lambert who covered Keith Whitley’s “Miami My Amy.”

Just like his heroes – many of whom are now peers – Wade Bowen has spent a lifetime bringing his Texas-bred country music out into the world. After 20 years of success, he’s learned without a doubt that the “Sun Shines On a Dreamer.” But also, that the road really does go on forever.