But where you might remember him is from Season 19 of NBC’s The Voice.

I wanted to find out how he got from there to The Voice and now living just outside of Nashville. 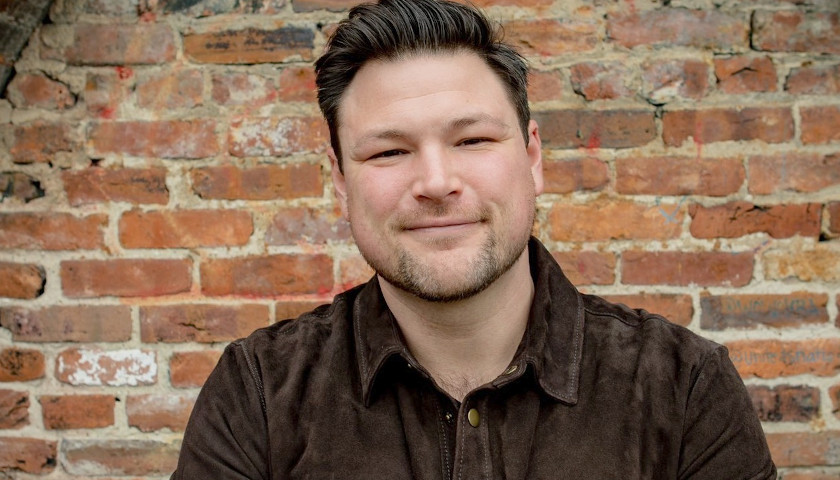 Flanigan was an only child who lived out in the woods with his parents. They got him a guitar when he was young and it “kind of became my best friend.”

Although his family is not musical per se, they were and are very supportive of what he does. He took guitar lessons from a guy in town who influenced his style. He states he was blessed to be raised in a community where the music scene was so prevalent.

But like many musicians and artists, Flanigan struggled with addiction early on. He left New York when he was 18 and started playing dive bars in Orlando. He was paid in liquor until he was 25.

“I was just a kid. I didn’t understand that it was not a normal form of payment. Then after a few years go by, you built up bad habits,” he confirms.

However, now the crooner is nearly six years sober, and he serves on the advisory board of Hope Rocks, the New York organization that supports those who are struggling with addiction, depression, and social isolation where they work to help destigmatize the diseases. 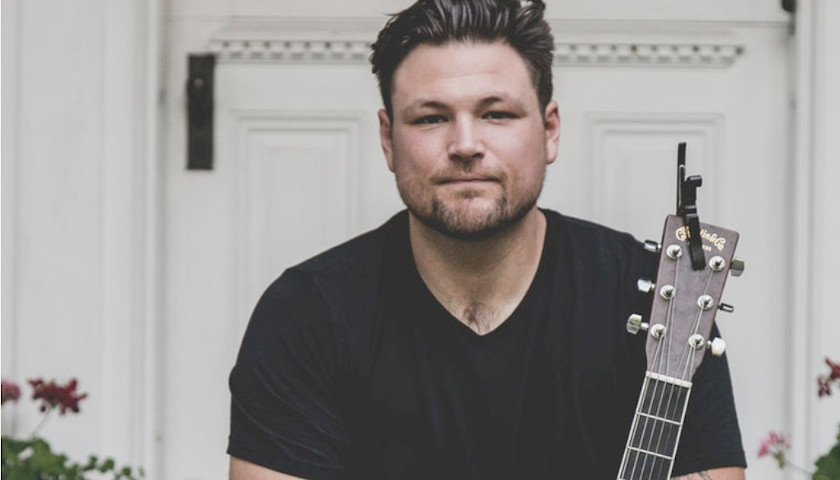 He met his now-fiancé Alya, about 5 years ago and she had a nearly two-year-old child, Kamea, whom he calls his daughter.

“They really helped solidify what I wanted and what is worth fighting and working for.”  Having a family helped the singer stay sober.

Not too long after meeting Alya, Flanigan and his family started touring in an RV. He documented their adventures on the Instagram account @flanivantours. When money was tight, having an RV made it easier to get from place to place, always having a place to stay. Being mobile helped make him more accessible.

Things were going great for the singer/songwriter on Valentine’s Day of 2020 when he played an ACL-Live showcase at Austin’s Moody Theater. But not long after, everything cratered as the pandemic tightened its grip.  “COVID just desecrated everybody’s tours,” he admits.

With tours lost, the family still living on the road, and just $90 in the bank, Flanigan’s last gig was a scouting showcase for NBC’s The Voice, for which he was selected for an audition.

Though he initially was recruited to be an alternate, Blake Shelton heard something unique in the upstate New Yorker’s voice as Flanigan covered Zac Brown Band’s “Colder Weather.”

He recalls, “I had my bags packed every single time we were going to perform on the show because, at the time, I considered myself as a songwriter and a guitarist much more than a vocalist.”

Blake told him it sounded like he was “gargling broken glass” — in a good way. He beat out Aaron Scott in the Battle rounds singing CCR’s “Have You Ever Seen the Rain” and he won the Knockout Round singing Luke Comb’s “Beautiful Crazy.”

In the live playoffs, Flanigan was saved by public vote with his cover of Bob Dylan’s “Make You Feel My Love” which is one of the best versions of this song that I have ever heard.

In the finals, Flanigan sang an original song that he co-wrote with Ross Copperman, “Never Learn” where he mesmerized the audience with his effortless story-telling style. He then covered my all-time favorite country song, Jamey Johnson’s “In Color” which garnered him a third-place finish in Season 19.

Shelton and Flanigan also sang “Mama’s Don’t Let Your Babies Grow Up to Be Cowboys” as a duet in the Live Voice Finale.

He states, “The Voice really does appreciate authenticity, which was shocking to me.”

Before The Voice, the songwriter rarely sang cover songs, but he found songs that matched well with his vocal range, hence helping to relaunch his career.

Flanigan has now entered the next phase of his life and career with the momentum he unleashed on national television, landing a record deal with Reviver Music, and working with new management at Noble Steed Music. He remains a principal with Nightcap Entertainment, the company he co-founded that provides label/content services and support to his fellow artists.

The country music world has since tapped him as an up-and-coming artist to watch. Flanigan has since then continued to tour as direct support to Trace Adkins and Chris Janson, he has released his debut single, “Grow Up” featuring Blake Shelton, which has had millions of streams. The music video itself is inspiring and stars actor Eric Roberts. Never can I recall where a voice, melody, and lyrics are aligned as perfectly as they are in this single.

After the stunning success of his first released single since The Voice, Flanigan released another single, “Under A Southern Sky” ahead of the soon-to-be-released album later this year. In the song, he sets the scene for those familiar hometown nights, where it doesn’t get much better than taking a drive with the windows down, sitting around a fire, and making memories. His bold vocals soar on this theme song for hard-working, small-town dreamers, highlighting his one-of-a-kind talent and pure creativity.

He and his soon-to-be wife, Ayla, and their daughter now live in a small town on the outskirts of Nashville.

It is no surprise that The Voice contestant has performed several times at Blake Shelton’s Ole Red establishments and I was fortunate enough to see him play in Nashville. It was then that I realized that not only does the singer have a memorable voice, but he also has some serious guitar skills as well.

In the meantime, Flanigan has plenty to do as he writes songs, records music, and tours as he prepares to release a full-length record later this year.