Those acquainted with gospel music are sure to be familiar with the celebrated music of the Ernie Haase and Signature Sound quartet. After a young Haase completed his debut with the popular Cathedrals in the 1990s, he formed his own gospel quartet in 2003 whose familiar heartfelt sound is well known by the Gaither set and Christians worldwide.

Haase stated that growing up he always wanted to be a singer/entertainer or pitcher for Major League Baseball. “And we know which one won,” he quipped.

Songs like “Get Away, Jordan,” “Give Me Jesus,” “Oh What a Savior,” and “Clear Skies” have put Ernie Haase and Signature Sound firmly on the gospel music map. 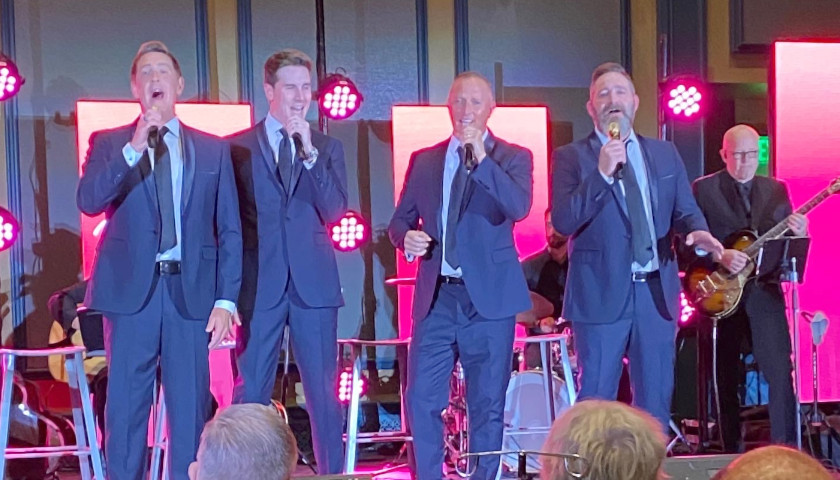 But when I heard they were releasing a double CD of 29 love songs, called Decades of Love, I was surprised and intrigued at the same time. Not only was I excited to attend their album release party at the remarkable Fisher Center at Belmont University, but I was also thrilled to speak to Haase about how this album came to be.

One of the places that Ernie Haase and Signature Sound (EHSS) often perform is on the Christian cruises that Michael W. Smith hosts yearly. About five years ago, EHSS was doing a Q&A with the cruise ship guests.

One lady asked Haase, “Have you ever considered recording an album of love songs for some old lovers like us?” They did sing Elvis’s “Can’t Fall in Love With You” that night.

Haase reports, “That was the straw that broke the camel’s back. People who listen to gospel music don’t just listen to gospel. Let us put our spin on these songs that are the soundtrack to their decades of love.”

They decided that fan was correct and EHSS decided to make the record. It started to be EHSS just recording a few songs for their wives. But the pandemic afforded them more time to record.

Narrowing it down to just a few dozen songs was quite the process. Initially, they started choosing their favorite love songs. The group originally had 150 songs they liked. They eliminated the songs that were not conducive to four-part harmony. At that point, starting from the 1920s, they realized they could only cover two or three songs from each decade. After they found the best songs for a quartet, they whittled it down further by choosing the songs that were most popular and had the most notoriety to the public. They made sure to have a balance of fast and slow songs.

As evidenced by their Broadway musical album and Christmas jazz records, fans know that EHSS sometimes think and sing outside of the box, and they have gladly embraced their new collection of songs that resonate with many. 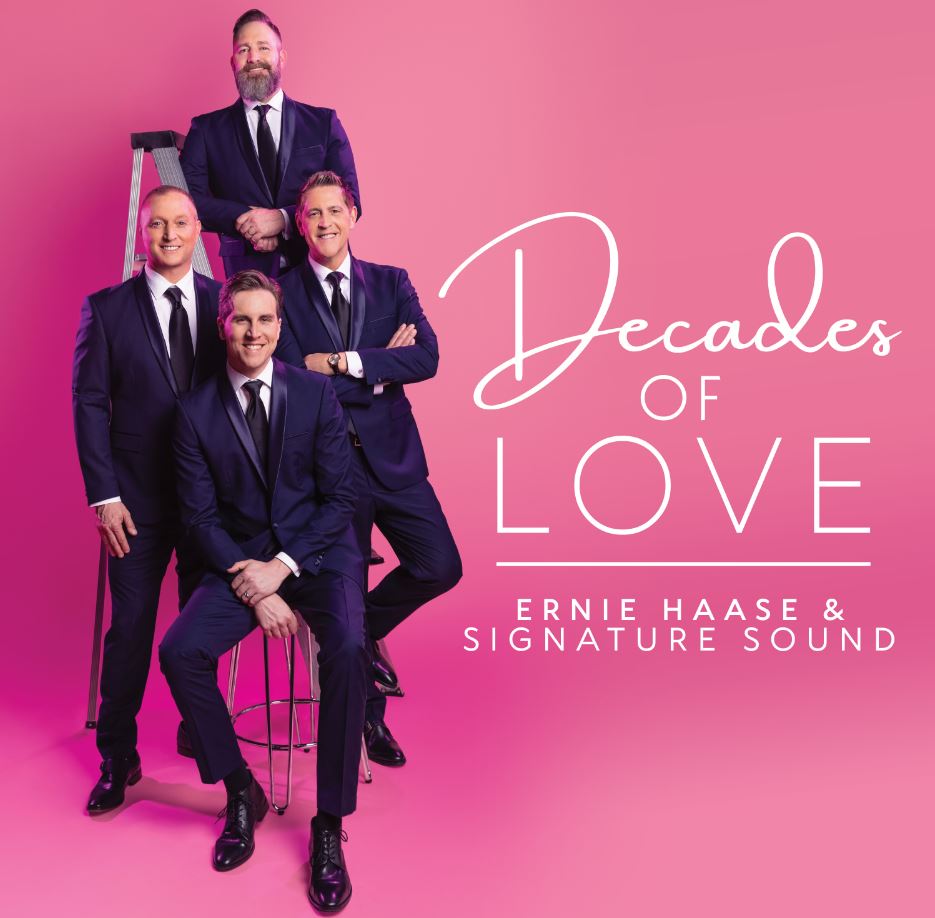 Haase concurs, “These songs on Decades of Love are like the old hymns. These songs are from the American Songbook. It’s the soundtrack to people’s lives. These are the songs that people dated and got married to. It’s like we’re reminiscing all over again. The subtitle could have been ‘Some of Our Favorite Love Songs of the Past Century.’”

Haase admits that “Can’t Help Falling in Love With You” is his personal favorite. Their four-part harmony on this tune is simply stunning. “That song was sung at my wife’s and my wedding. I’m a huge Elvis fan.”

Another standout cover EHSS performed was Chicago’s “You’re the Inspiration.” When EHSS were rehearsing for their album release party, the director of the Fisher Performing Arts Center sent a clip of them singing Chicago’s song to Peter Cetera.

Peter Cetera texted Haase and said, “I give you five thumbs up.”

The younger fans especially admire their cover of Jason Mraz’s “I Won’t Give Up.” While originally sung as a solo, the rich harmonies bring another layer of vibrancy and endearment to the listeners.

Haase agrees, “in a culture that’s so full of discord, there is something about hearing ‘I Won’t Give Up’ and hearing in four-part harmony that speaks to something even greater.”

When touring, EHSS always closes with Dolly Parton’s iconic “I Will Always Love You.” The classic song was made even more famous by Whitney Houston in The Bodyguard. As a dyed-in-the-wool Dolly fan, I was a bit apprehensive for them to even attempt it. But after hearing it live at the record release show, it was sensational and fans of Dolly, Whitney, and EHSS will all be delighted with the cover.

With the 29 covers, the group tries to stay true to the original intent of the song while making it their own. And on several occasions, their versions may even be better. (You decide.)

Haase states succinctly, “The greatest gift given to us is the ability to love and to be loved. When we celebrate these love songs, we are celebrating God.”

Be sure to follow the Decades of Love hashtag (#DecadesofLove) to see people who are not only posting about the record, but also people who don’t know who EHSS are, but are posting their decades of love stories on Instagram and Facebook.

“That’s what we like, people posting pictures and telling their stories and holding our CD. There is a whole lot more going on right now than a quartet recording a record,” Haase confirms.

On the day of its release Decades of Love even went to #10 on the iTunes pop music chart.

Decades of Love follows the release of Ernie Haase and Signature Sound’s Keeping On, which received a GRAMMY® nomination for Best Roots Gospel Album and two 2022 GMA Dove® Award nominations with the song “Overcome” being nominated for single of the year.

Stream or download Decades of Love here. Physical copies of the recording are available for purchase on erniehaase.com.