Although the husband and wife comprising this duo have been married nearly 11 years, Shane Henry and Maggie McClure only formed their band, The Imaginaries, in 2018. Each being an accomplished musician, it wasn’t until a few years ago that they decided they take a different track and combine their distinctive talents to make an even more unique duet. 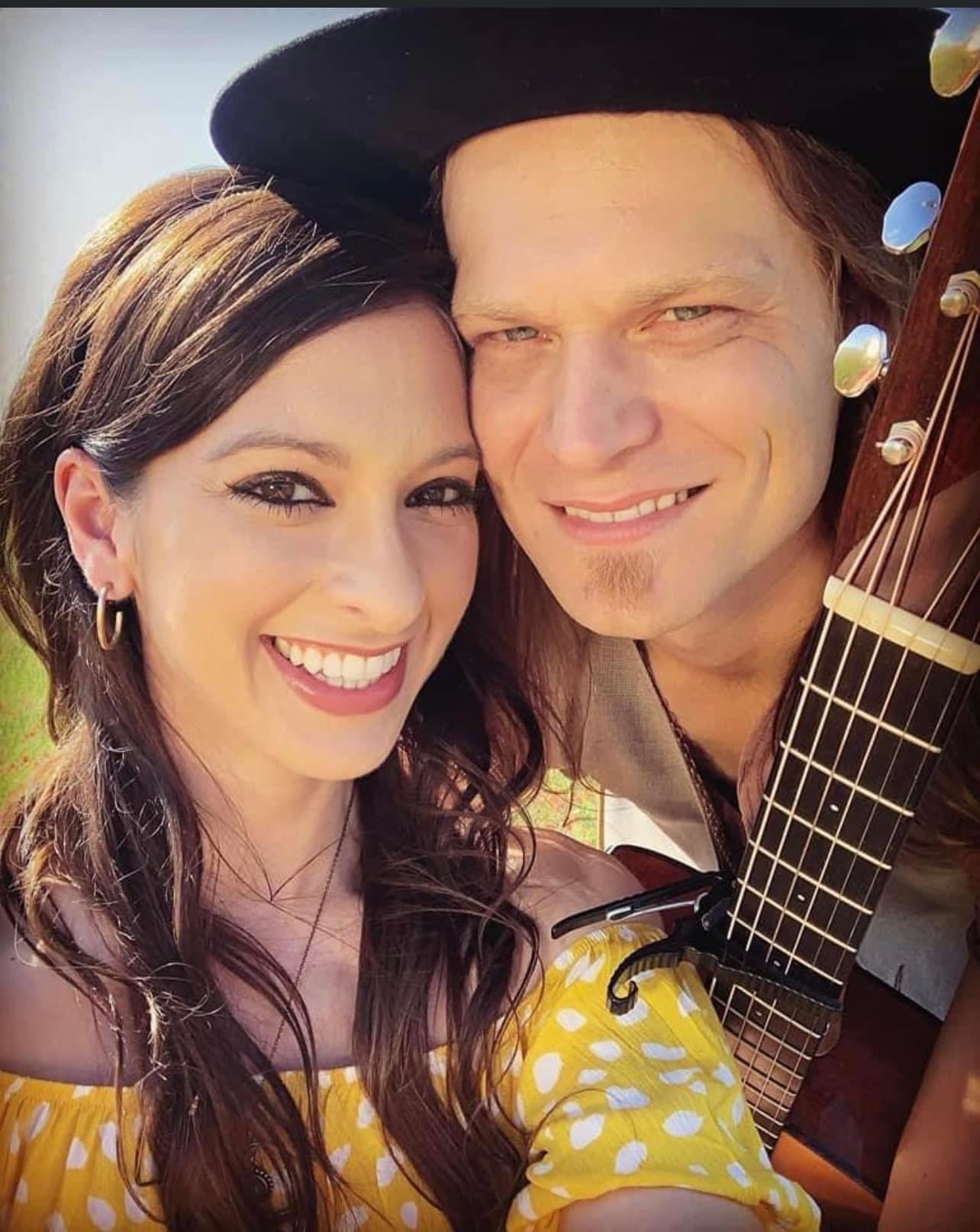 As a child, McClure was given her first keyboard by her parents when she was only a year old. At 8, she received her first karaoke machine and started singing to her favorites, Bonnie Raitt and Sarah McLachlan. She embraced music in middle school, following her parents’ divorce.

“Music became my only way to communicate and to make sense of what I was feeling when words alone were at most times too intimidating,” McClure confirms.

Also an Oklahoman, Shane was 12 years old when his dad, who played guitar and made a point of exposing him to the Beatles, Stevie Wonder. and Jimi Hendrix, took him to see two shows that changed his life: Tom Petty at the Civic Center in Oklahoma City, and B.B. King.

Henry states, “I was always a fan of the CDs but getting listen to them live was a whole other level.” This inspired the self-taught musician to really “dive in.”

At age 19, Henry was fortunate to be chosen to tour with B.B. King. He also toured with Etta James, Buddy Guy, Joe Bonamassa, George Thorogood and the Destroyers, Johnny Winter, Edwin McCain, the Neville Brothers, and Grand Funk Railroad, to name a few.

McClure was in multiple bands while she was in high school, and she recorded her first live album of all original songs when she was a junior. She played locally several times a month and, during this time, the 16-year-old opened shows for the 20-year-old Henry. The pair didn’t date until McClure was 19, but they often played and recorded music together. Henry played guitar on several songs on McClure’s first studio album.

McClure’s original, piano-driven songs empower and inspire listeners with a positive message of hope, love, and faith. Released in 2010, her sweet sensibility can be witnessed in her positive, popular track “Good Morning, Good Night.”

McClure eventually got an agent, and though her name alone was listed on the bill, the pair played at a lot of colleges. She played piano and sang while Henry played guitar and sang in their acoustic duo shows. They developed a “cool chemistry” and eventually got married.

Besides touring with some of the all-time greats in American music, Henry has accompanied many artists on their singles and albums. In 2017, he released his full-length project, Light in the Darkness. With Henry’s widely acclaimed song “Save Me,” you can detect the many influences in his storied musical career, but he melds them all to create a bluesy grassroots sound all his own.

And while the couple never officially started their own band until 2018, the two have been heavily involved in the sync world, with over 50 film, TV, and ad placements. 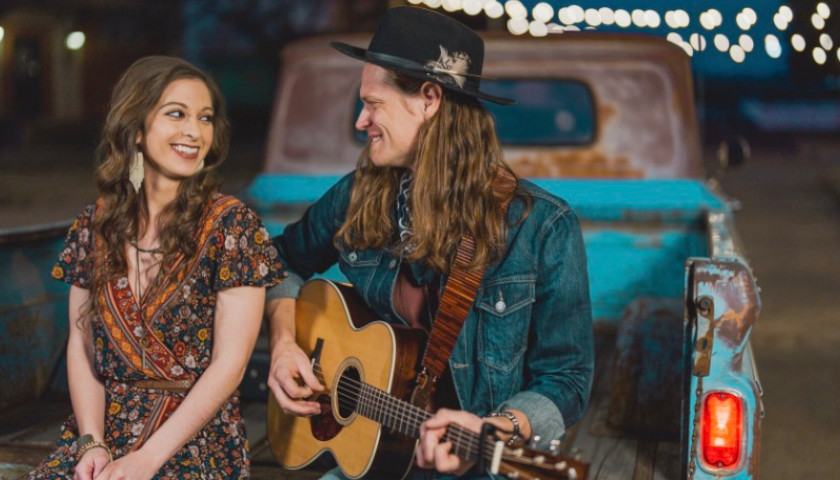 Henry has his own impressive IMDb listing, as he has been part of movies like Violetta, Tulsa King, and Reagan.  McClure’s IMDb listing is even more notable, with credits for acting, writing, and composing.

When the pair lived in L.A., they were regularly writing music and collaborating on various projects. They were asked to submit some of their songs to famed recording producer and sound engineer John Cuniberti for consideration for his upcoming One Mike Sessions.

After a few weeks, they got a call back from Cuniberti, who said to them, “Hey, I listened to your stuff, and I love it. I’ve got an issue though. I only got one slot. We were doing something down in Muscle Shoals and I was wondering if you and Maggie could do something together.”

They had done a few Christmas songs and other tunes that had more of a bluesy-Americana feel with some serious guitar energy and pop sensibilities but had never considered forming a full-on band/duet.

It took that invite to get the pair on the path that would eventually morph into The Imaginaries. They practiced, played, and recorded with the famed local Muscle Shoals studio musicians (aka the Swampers) and recorded two songs for Cuniberti’s One Mike Sessions.

Henry recalls, “We had such a fun time, we were kind of inspired by it. We came back home and started writing songs.”

He continued, “When you do your solo stuff for so long, it can be daunting to start something new, but this has been really a blessing for us and kept us excited about music.

In the past, they might share a band, but Maggie would do her set, then Shane would do his. People asked for a CD featuring both of them, but they didn’t have one.

And although a few health issues and the pandemic delayed the release of The Imaginaries’ debut album, creating an album together has provided endless possibilities. During the COVID shutdown, the pair released two music videos from their debut album, “Revival,” a kind of O Brother Where Art Thou meets Bonnie and Clyde, and “Walking on a Wire,” a song written about facing obstacles head-on and pushing through to overcome them. They were finally able to release a full record in 2021.

Most recently, McClure and Henry produced the soundtrack for “A Cowgirl’s Song” along with playing the parts of singer, Maddie Evans, and EMT specialist/guitarist Colin McKee. The feature film was written/directed by Timothy Armstrong and stars Cheryl Ladd, Savannah Lee May, and Darci Lynne.

McClure explains, “It kept us productive during the pandemic. We had a blast writing the music and producing it right here in our home studio (in Norman, Oklahoma).”

Practically a musical, the songs are what drive the plot in “A Cowgirl’s Song,” with numbers like “Don’t Fence Me In,” “Just Breathe” and the duo’s favorite, “Oklahoma Stars.” Additionally, Cheryl Ladd is pure perfection in “Miles to Go.”

In the meantime, The Imaginaries will be releasing several singles in the next few months, including “Things Are Going to Be Alright” which drops on September 9. They hope to get back to Muscle Shoals very soon.

The Imaginaries are two independent artists with no label, no management, and no agent, but are equipped with spades of ability and aptitude, proving that it is possible to make it on your own if you have the work ethic and will required to succeed in the ever-changing landscape of the music business.

Those living in the Nashville area can see The Imaginaries at the renowned Basement on 8th Ave South on September 18. Tickets are available here.