NASHVILLE, Tennessee – Those who follow my Music Spotlight column/blog know that I normally lean more toward the traditional country sound. However, when the dark-rock musical group CHLSY got pitched to me, I was drawn in, because even though their music format was a little different than what I usually covered, lead singer Chelsea Gilliland had something to say.

With Gilliland on vocals and guitar, Sean Swanson on bass, and Sawyer Dodds on drums – CHLSY is breaking genre barriers with their ’90s influenced sound.

I interviewed Gilliland to find out how she got started in music.

Gilliland’s parents had her in piano lessons at an early age. They discouraged guitar playing because they felt the piano was so much more important. And while the pianist could play some chords on a guitar, it wasn’t until the past year or so that she committed fully to learning the instrument.

The thing that interested Gilliland most was songwriting. After her family moved to California at the age of 14, Gilliland was thrust into a new and intimidating environment while attending a co-ed high school after spending most of her life in all-girls schools. Gilliland describes her high school experience as incredibly toxic, plagued by bullying and sexual violence. “It was very unsafe for women,” she confesses.

“I didn’t know how to talk about it with anyone, so I turned to music and it kind of saved me. It was like free therapy,” she explains.

Music became Gilliland’s refuge as she learned to turn her complicated feelings into song. She admits that the songs she wrote in her early days were “really angry,” expressing her deep fear of men in her lyrics. 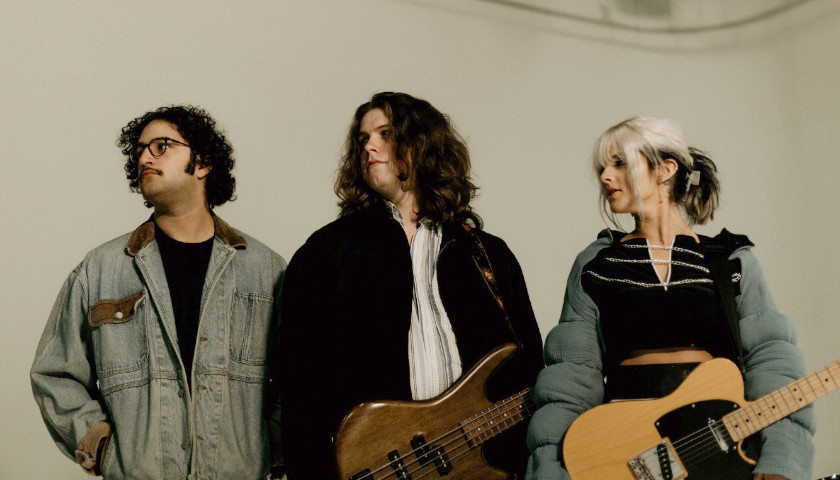 In 2017, at age 18, Gilliland was the recipient of the John Lennon Songwriting Award and won in the pop category for her song “Fire.”

At the time, she didn’t even know that songwriting was a viable career choice until she found out about Belmont’s songwriting program.

She states, “My parents were super-supportive in helping me try and figure out how I could make this a lifestyle. I’ve always kind of done music and it’s been nice to have my parents’ support.”

That sense of healing and finding her voice through music only grew when she met bandmates Sawyer Dodds and Sean Swanson while attending Belmont University in Nashville. The trio hit it off when they met at a college party, and what started as casual jam sessions soon turned into an official band, originally called American Gothic, before landing on its current iteration, CHLSY. 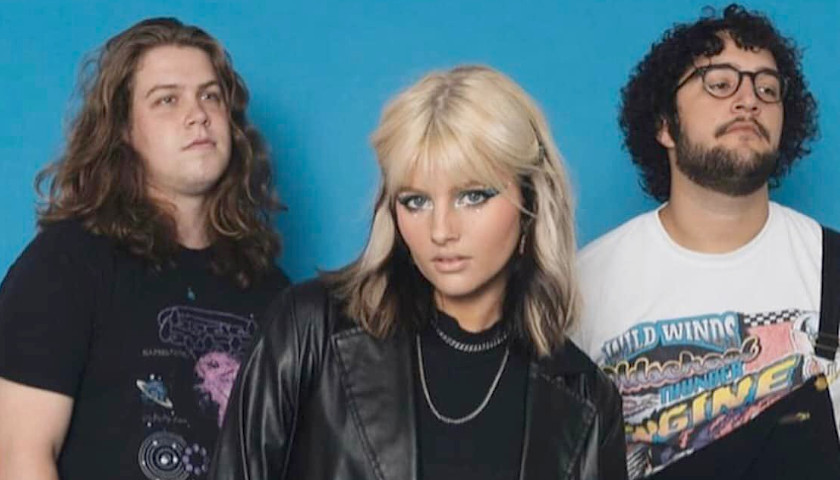 Released in 2021, CHSLY’s first EP, in love in hell, shows a darker side of the band’s sensibilities. It was from a time when Gilliland felt like she didn’t know her worth. Being with someone who didn’t respect her showed her where her boundaries should be and provided necessary life lessons that helped her find her voice. With singles like “Cowboy,” “Dead,” and “Sinner,” she admits she didn’t know how to come to terms with her feelings.

“I just killed everyone in my songs, because I didn’t know how to process my emotions,” she acknowledges.

Out today, their latest record, Quantum Entanglement, finds Gilliland in a better place, “It feels like I’m dissecting my emotions and analyzing them under a microscope in a totally scientific way,” she says of the album’s lyrics.

Raised by a father she calls a “genius” whose endless fascination with quantum physics and mechanics allowed him to make a living from creating renewable energy startups, Gilliland was instilled with a passion for theoretical science at birth. The singer was introduced to the phrase “quantum entanglement” by her brother, who is studying astrophysics in college.

As is the norm, several singles have already been released off the new record, including the song “No (Hard) Feelings,” whose video has garnered more than 500,000 views on YouTube alone. With lyrics like Now I know not to settle for/ Boys who go ghost / Then write me pretty words / You were shallow / You were insecure / And now I’ve learned / I won’t take less than I deserve / In another life I guess / I could’ve loved you if you let me, you can tell the author has learned her lesson.

With the song, “555,” Gilliland realizes that to be in a healthy relationship, both people must be committed to working on themselves, not just working on the other person, but working on being the best version of themselves they can be.

Then there is “Cloud,” which she cites as the most vulnerable song on the project and her favorite song she’s ever written. She explains, “the song is a metaphor for having to change your beliefs or any aspect of yourself to keep someone in your life, and then it comes to the conclusion that you’re probably better off without that person.”

In addition to releasing Quantum Entanglement on all streaming platforms, the band has also created a visual overview of the music which was a student project created by Backlot Studios.

While the songs from Quantum Entanglement do explore some of the hurt and brokenness from her previous relationships, the songwriter hopes they do so in a much lighter, less afraid way.

CHLSY anticipates that the album will affirm people who may feel “less than” while helping them be seen and understood as they amplify their newly brave voices.

Besides writing and music and being in a band, Gilliland is the radio host for the local radio station, YOCO 96.7 playing hits ranging from rock, country and hip-hop to pop. The radio station fits the genre-free generation of today, where fans simply listen to and stream a little bit of everything.

As Gilliland comes out on the other side of years’ worth of pain, she is learning to love herself more each day as she finds her place with her bandmates that feel like family, and will continue to translate that happiness into music that she shares with others.