Before I discovered my love for traditional country music, Americana, and bluegrass, I loved big-band and Broadway music. I prided myself on knowing the big show tunes from all the famous musicals.

When I heard Cory Singer’s song “I Still Love You,” I thought, “Wow, I wonder which musical this song is from. How have I missed it before now?”

It turns out that “I Still Love You” is an original song from the young and vibrant singer/songwriter Cory Singer. 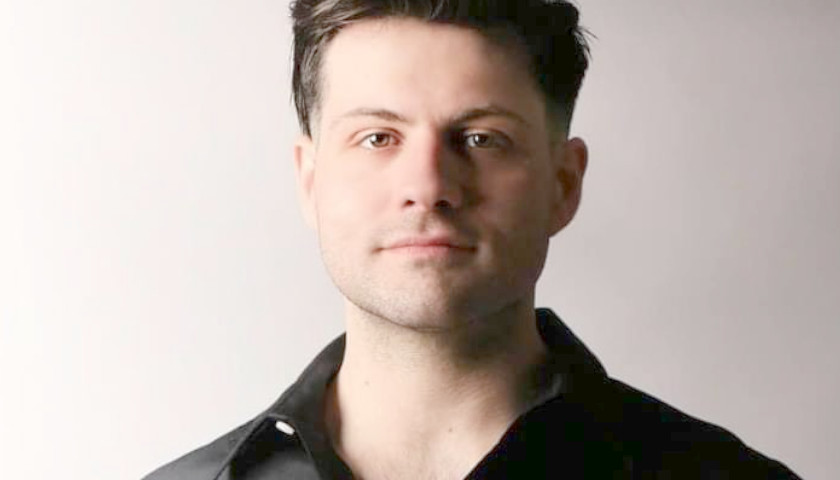 As a child born with autism, Singer had a tough time as a child. He was non-verbal as a toddler and was officially diagnosed with autism at age 4. Back in 1999, when he was first diagnosed, there wasn’t a lot of autism education available. His parents were unsure about how to raise him.

“They did the best they could, but it was challenging,” he recalls.

They were thoughtful enough to let Singer pick and choose the activities he wanted to pursue and felt confident doing.

He was always a creative child who liked to draw. Music and art were the ways he learned to express himself.

In third grade, Singer started playing the trumpet because he thought it looked cool.  He loved the movie/musical School of Rock, which encouraged him to pick up a guitar for a bit, but at the time the instrument didn’t resonate with him.

By the time he was in fourth grade, he began performing musical theater, which is what he loves doing the most. “I found myself doing theater,” he confessed.

By his junior year in high school, the New Jersey native picked up the guitar again and took lessons.

“I got hooked. I figured if I’m going to do theater, I might as well learn to be good at something else. I became obsessed,” he admitted.

By his senior year, he was composing original music.

He sent in a tape where he was the “autistic theater kid.” For his audition, he sang, “I Am What I Am” from the La Cage aux Folles musical and Neil Young’s “The Needle and the Damage Done,” two songs that were polar opposites stylistically.

After several rounds, he won the grand prize, and took home a song penned by Grammy award-winning artist Kandi Burress, “I Can Do Anything.”

“Kandi wrote that song based on my story. She gave us an MP3 of the song with and without her vocals. That’s what planted the seed for me to begin songwriting. For my episode, it was literally written out in front of me. There’s the song. There are the lyrics.”

With the verses and chorus physically laid out before him, the song structure was easy to visualize.

Overall, being on the show was a great experience for Singer, not for the attention, but because it stretched the 18-year-old to try something he had not done before. It pushed him musically to expand his horizons by learning something new.

Before The Kandi Factory, Singer had received offers to try out for American Idol and America’s Got Talent, but he picked the BRAVO show because it was newer, and regardless of the outcome, he wouldn’t have it held over his head for so long.

As far as songwriting goes, Singer explains, “I like to create something that wasn’t there before. I also love performing and doing theater. It’s a great marriage of the two things. Being onstage and giving people a really good show, that’s a high for me. There’s nothing else like it.”

He advised that a lot of his inspiration comes from theater. That was his first love musically.

He states, “In a way, it’s a blessing and a curse. My music comes off as very unconventional, but that is also what makes me unique as an artist.

Singer began writing songs in earnest during the COVID pandemic. During that period, he says, he was feeling lonely and was reflecting on his autism and the lack of people who understand him. When he wrote the song “Someone,” it was the first time in his songwriting that he let go and got honest.

His song “Break of Dawn” was written in a co-write via Facetime with a songwriter from England. The pair were flirtatious with each other, and put that feeling into song giving it a Roberta Flack/Peabo Bryson feel (even though I’m sure they are unfamiliar with the duo.)

Besides his popular “I Still Love You,” which was written after an inevitable breakup, another song that sounds like it comes straight out of a musical is “Chance of a Lifetime (The Proposal).” The song started as kind of a “F.U. song” but his mentor said it sounded beautiful and needed to be more like a proposal/wedding song. Singer redid the lyrics and turned them into a love song that he released in July.

Now the songwriter is releasing the original version, “Chance of a Lifetime (The Truth)” where he candidly talks about the other person missing the chance of their lifetime. The Star News Network is exclusively premiering the link a day before it is released.

But where the now-27-year-old’s fame has recently come is TikTok, where Singer has become an advocate for children, families, and adults who are on the autism spectrum. He has used TikTok to promote positivity by inspiring others with his platform. Cory has coined the phrase ‘”Let’s Normalize Autism.” He currently has over 500K fans and followers worldwide.

As he started sharing his thoughts about autism on TikTok, he connected with other autistic people and learned more about the disorder and himself in the process. He has started a second TikTok page dedicated exclusively to his music.

In conclusion, Singer states, “I may talk about autism, but that’s not my whole life. It’s a part of why I am the way I am, but it’s not who I am as a whole.”

Cory Singer is a brilliant songwriter who has a voice that belongs on the Broadway stage (New York, not Nashville).