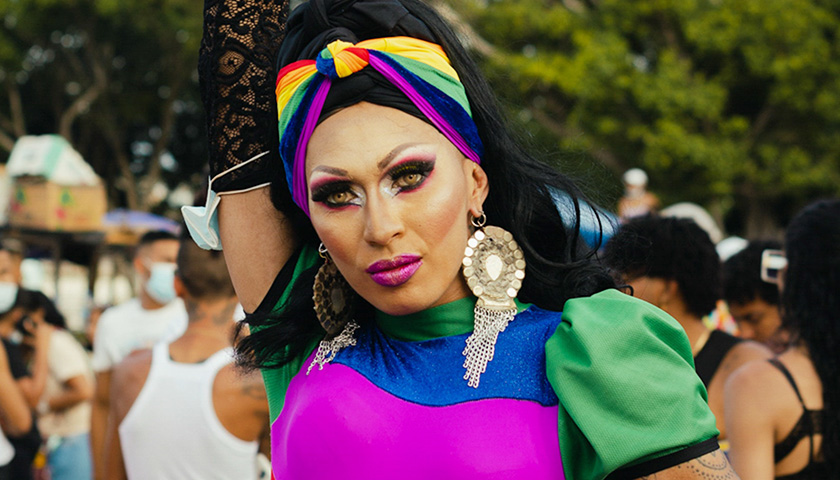 A family friendly “drag bingo” event hosted by a pro-LGBTQIA+ church in Katy, Texas drew hundreds of conservative protesters and antifa counter-protesters over the weekend, resulting in some on the conservative side getting pepper-sprayed.

Until word got out, the “all ages” drag event was going to feature “Goth themed” transvestite Tisha F—king Flowers, who was arrested as a teenager for writing a manifesto threatening to torture and kill his classmates.